TikTok has become the place to discover emerging and unsigned artists. From Liv Harland, busking on TikTok and scoring a record deal, to Nathan Evans, who went from doing the postal rounds in Scotland to kickstarting a global revival of centuries-old Sea Shanties, we're proud to provide a step up for new talent on and off the platform. In fact, 80% of the people who use TikTok say they discover new music on our platform and it is the number one place for music discovery – more than other digital platforms, streaming services and friends.

In celebration of TikTok being an amazing place to discover new artists, we're rolling out our first ever music outdoor advertising campaign. Throughout August, we'll be shining a light on the incredible unsigned talent that exists within the platform, all of whom are only moments away from finding their big break. 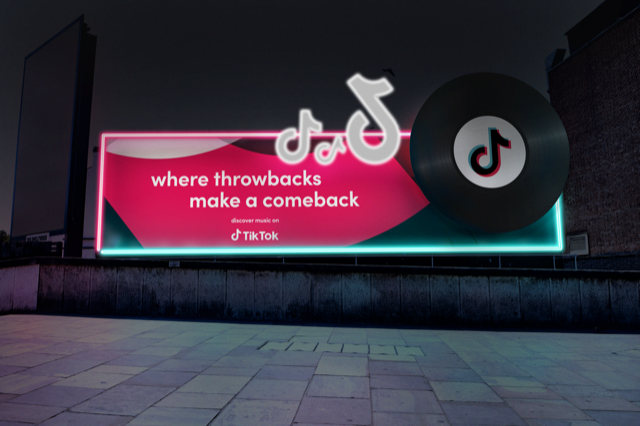 From this week, we're running billboards and fly postering across London, Birmingham, Brighton, Bristol, Glasgow, Sheffield, Leeds, Liverpool and Manchester, featuring QR codes which, when scanned, will take you to a special showcase of talented unsigned artists on TikTok. Our 'Find the Unsigned' page in-app will help people discover more about each artist and hear their music via a 'Listen here' tab.

The billboards and posters will be located near iconic music venues like Brixton Academy (London) & O2 Apollo (Manchester), helping music fans get first sight of the next generation of musical talent. 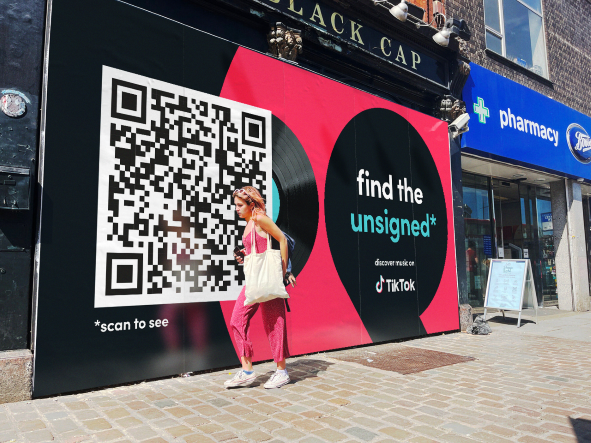 To reflect the eclectic and diverse artists that have gone viral on TikTok to date, the campaign features a range of musical genres - from Pop, to Indie Alt, Rap and Garage. Here are just some of the artists who will be featured in the campaign and in-app:

Paul Hourican, Head of Music Operations UK at TikTok said: "Music is a central part of TikTok and every day our global community are discovering new sounds and genres, and helping artists build fanbases and achieve success.

TikTok is a platform that's made for discovery, which makes it easy for people to hear artists for the first time. Our community are constantly championing new artists and we've seen some incredible examples of that in the past year - from Liv Harland and Emelie Hallett busking from their home towns and the global community on TikTok, to Nathan Evans and A1 x J1 going from bedroom to billboard. TikTok is a platform that's made for discovery, and this campaign is all about giving even more unsigned artists a voice and audience, both on and off TikTok."

New to TikTok and want to get involved? Getting involved couldn't be easier, simply download the app for free via the Apple App Store, Google Play or Amazon.