Austin Cho, known on TikTok as @asianchipskylark, is a content creator based in Los Angeles, CA who uses comedic skits to connect with his audience. Best known for the Cool Single Uncle series, Austin makes it a point to stand in as a family-like figure and to provide a sense of comfort and relief for his community. He is passionate about creating spaces that celebrate individuals for exactly who they are. 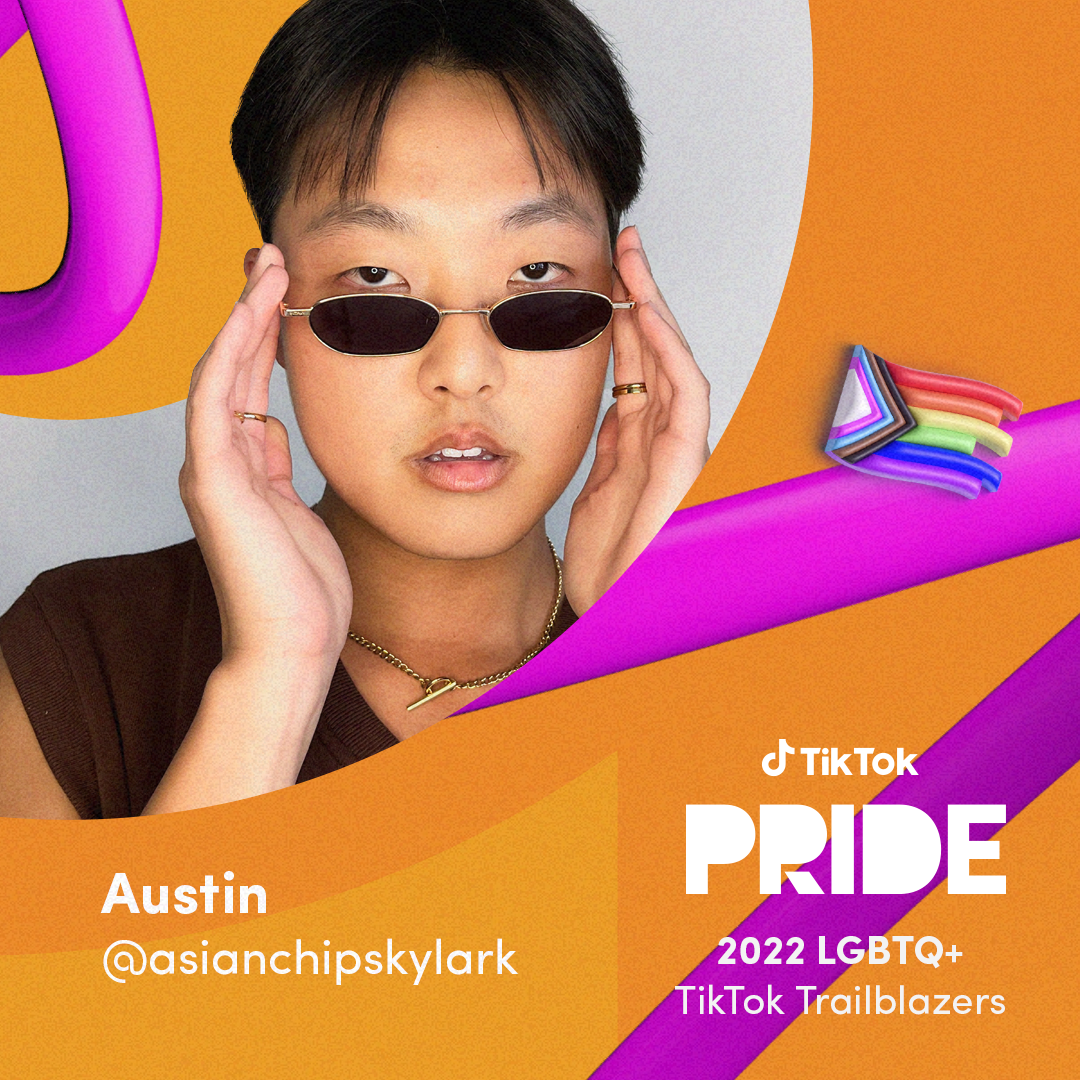 What does it mean to you to be part of the LGBTQ+ community?

As an AAPI queer individual, it is one of my greatest joys to be a part of the LGBTQ+ community. I want nothing more than to help create a society where being authentic to who you are is nothing less than celebrated. Growing up, I felt as if I had to constantly erase traces of both my AAPI heritage and my queerness for the sheer sake of surviving in social environments. My present-day self does bring forth a sense of grief because I feel like I wasted so many years living in fear and as a result, betraying my authentic identity.

I love who I am and ultimately who I've become after embracing and owning the fact that I am an Asian-American gay individual. I make the content that I do because I want others to realize that accepting who you are and unconditionally loving your identity is nothing to put on the back-burner.

How have you built and maintained a community on TikTok?

I built my community on TikTok by posting various original skits. Once I found my niche, it was relatively effortless to both continue growing and maintaining my community. I found that people needed someone to lean on through my Cool Single Uncle character. After creating the skit and character, I began utilizing him in skits and POVs that would provide a sense of comfort and acceptance in various fearful situations such as: coming out, divorce, toxic households, dating, etc. Because of those videos, I feel more and more connected to the people watching me.

What is your favorite TikTok video that you've created and why?

This was one of my favorite videos that I've created because, as I was filming it, I felt as if I was personally going into every single one of my figurative nieces' and nephews' homes and extracting them from their toxic family environments. It was also one of many videos that I feel like my community connected deeply to.

What is the story behind your username?

This is a two part story! When I created my TikTok, I wasn't confident in my humor. I didn't want anyone — from my hometown friends to my parents — to recognize me. So, I knew I needed a username that didn't immediately identify me. That same year, I had plans with a group of friends to do a group Fairly Odd Parents Halloween costume, where I was going to dress up as the show's pop singer Chip Skylark. After that decision, his song, "My Shiny Teeth And Me," was on a loop in my head. That, combined with my initial need for being anonymous and feeling like an Asian version of the character, led me to @asianchipskylark, and now it's my brand; I can never go back!

What advice do you have for comedians getting started on TikTok?

My best advice would be to seek out the right attention, intentionally. Many people get caught up in trying to say the funniest thing, without considering the weight of the joke or how it's perceived. We all want to make people laugh, but my advice is to do so without putting others down. Tell jokes that make everyone laugh. Don't let your desire to make it big outweigh the true purpose of telling a joke.

What is your dream opportunity?

My dream opportunity would be to have a TV show on any major streaming service. Being a content creator can be lonely at times and I would absolutely love to create a project with others. It would also just be really cool to see myself on a TV series in general. 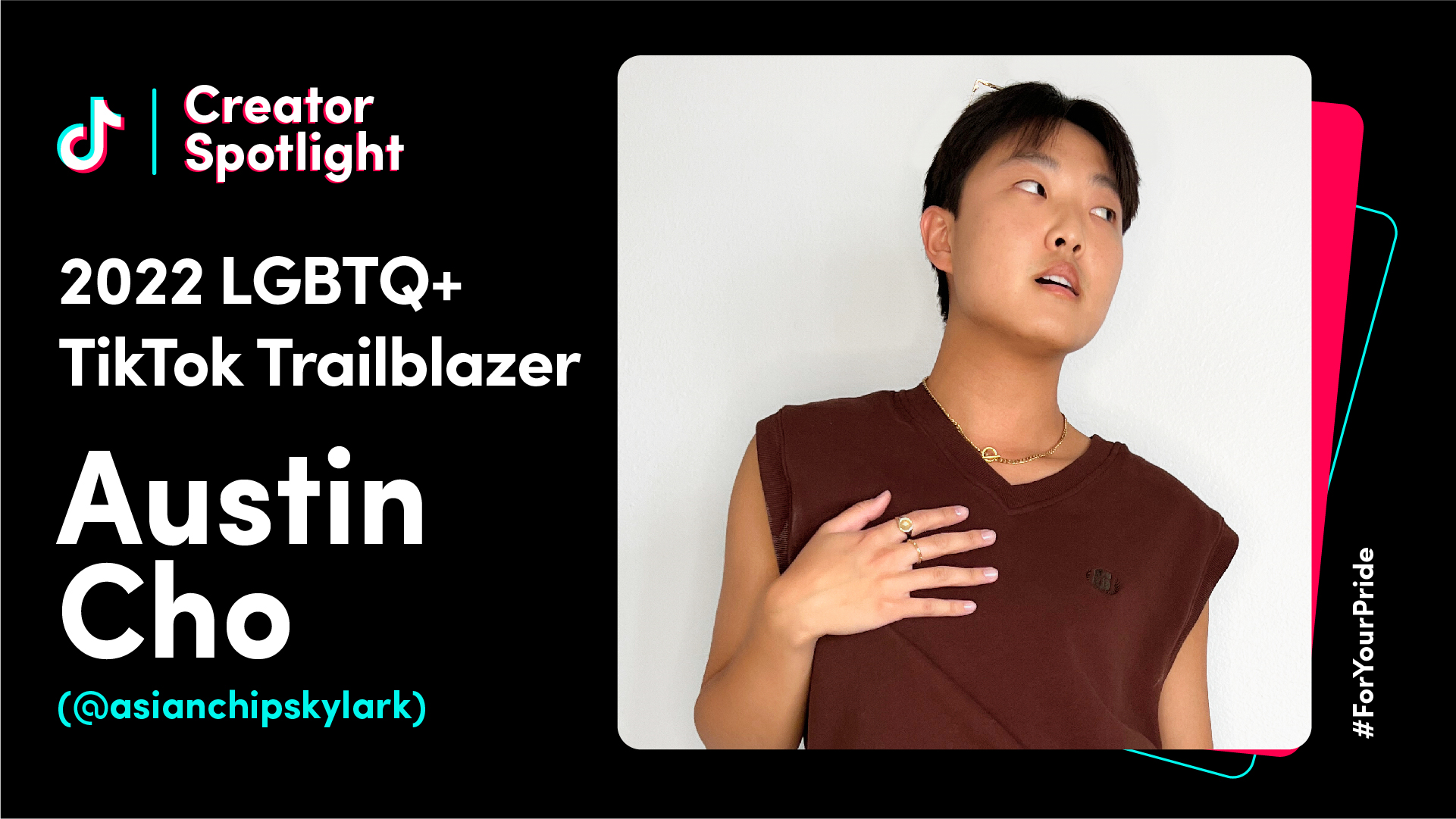