Whether you're a die hard football fan, tuning in for the halftime show and commercials, or simply a foodie in it for the game day snacks, the Super Bowl is that fun time of year where family, friends and fans from everywhere gather to share in the excitement of this annual tradition.

Since partnering with the NFL for its 100th season, the NFL official TikTok account has amassed more than 2 million followers. We've seen the league and its teams embrace the global TikTok community and engage a new kind of fan with content that gives them a peek behind the scenes into the players and teams they love. The TikTok community is looking for so much more than the typical game day highlights or play-by-play coverage, they want to see the team camaraderie, the mascots, and the excitement of the game day experience.

From the teams and players in the league to the entertaining live performances and commercials, we're excited to bring the fun and surprising experience of Super Bowl LIV to the TikTok community and global fans of the NFL.

In the lead up to Super Bowl Sunday, join TikTok creators and superstar performers as they get into the game day spirit with #TouchdownCelebration hashtag challenge running January 29-31.

When the Super Bowl arrives, we want to see how everyone celebrates! During the game, the NFL and TikTok will rally fans to join the excitement with the #SuperBowlLIV hashtag challenge. On February 1-3, fans are encouraged to show their pride for their favorite team by creating unique TikTok videos.

There will even be a special TikTok "End Zone" effect in the app to help users amplify the game's biggest moments.

Fire up the bbq, grab your favorite jersey, and get ready for the big game!

Anyone can be a football star! #touchdowncelebration

Go Behind the Scenes with NFL Teams, TikTok Creators, and Halftime Show Performers

TikTok fans have a behind the scenes look at how the NFC and AFC champions got hyped up along their journey to Miami. Some, like creator Jackson Mahomes (also brother of Chief's quarterback Patrick Mahomes) are even celebrating on the sidelines. And it's not just the players joining the TikTok pre-game fun, halftime show stars JLo and Shakira are serving TikTok a look at how they are preparing for their epic performances.

We see you, jacksonmahomes ! Tag us in your best #touchdowncelebration, we’re commenting on our favorites! #superbowlLIV #nfl #football #dance

As the first automotive brand debuting a campaign on TikTok, Hyundai is supporting its "Smaht Park" commercial during the Super Bowl to showcase the all-new 2020 Sonata. The TikTok campaign features Rachel Dratch completing the #onedayafterwatching challenge, a popular TikTok challenge where people show how watching a TV show, movie or being in a location over time slowly changes who they are. Rachel was able to complete the challenge because she had just spent a lot of time reconnecting with her Boston roots while filming the commercial.

Chipotle is bringing back Free Delivery Sundays throughout February and launching of a first-of-its-kind campaign called TikTok Timeout for the Super Bowl. On the busiest day of the year for delivery, Chipotle is teaming up with TikTok’s biggest stars like David Dobrik, Brittany Broski, and Zach King to create their very own Chipotle delivery ads on TikTok while leveraging their personal content styles set to Justin Bieber’s hit song “Yummy.” Videos will premiere during each commercial break following a team timeout.

Accompanying its Super Bowl commercial, Mtn Dew launched its #AsGoodAsTheOG Challenge on TikTok -- reviving the iconic "The Shining" twins scene and rallying the TikTok community to join in the fun and make creative use of the custom "twin" cloning AR effect. Mtn Dew is the first CPG brand to launch a branded effect on TikTok, and the campaign has garnered over 10M likes and 200M views during the first two days.

Sabra taps TikTok star Charli D’Amelio to show all the "boomers" out there how to be the ultimate hummus "dipper." Catch teasers on TikTok for a preview of Sabra's prime time Super Bowl commercial. The brand has tapped other TikTok Creators to promote their new #HowIHummus campaign, and will be amplifying them via in-feed TikTok videos on Super Bowl Sunday.

TikTok is celebrating the Super Bowl with its first-ever official Super Bowl ad. The ad showcases the fandom that surrounds the big game and invites fans to join the TikTok community as they cheer or cry for their favorite teams. Viewers will be able to see the ad when they tune in to the Super Bowl livestream on FoxSports.com.

For fans attending the big game, TikTok will be onsite at the official Super Bowl Experience. Styled after a traditional team tailgate, fans can get pumped for the game with TikTok. A large-scale scoreboard screen will be programmed with football-inspired TikTok content and attendees will be encouraged to create their own TikTok videos and share them using the hashtag #TouchdownCelebration. 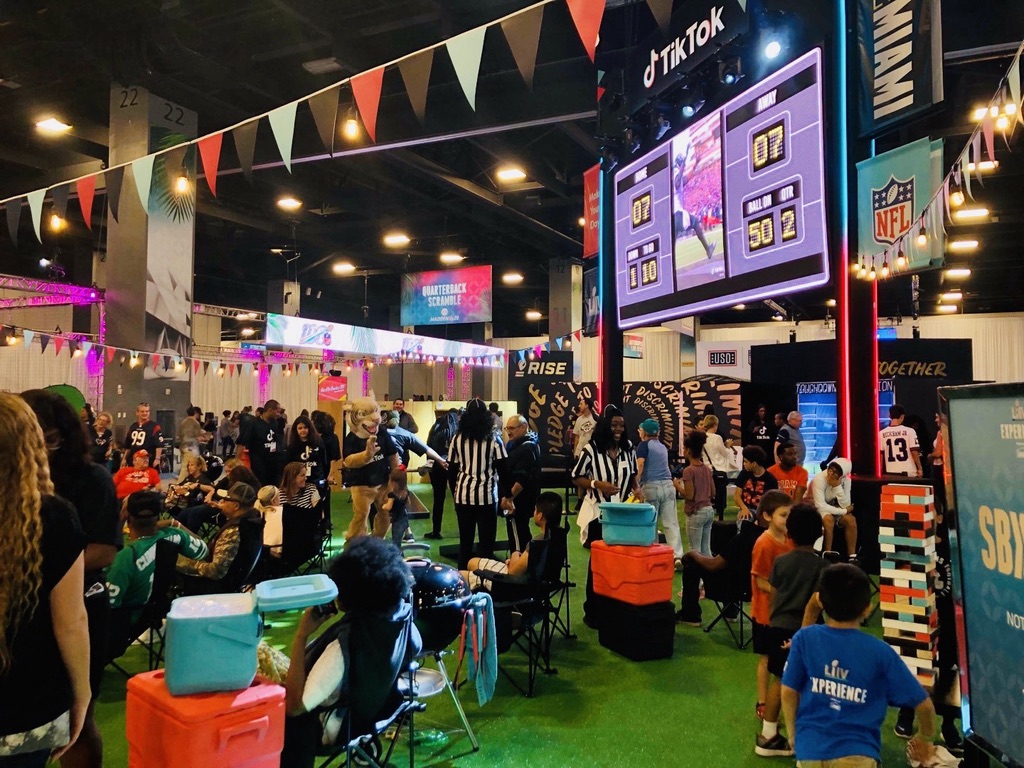