TikTok For You Fest, Presented by CeraVe is back in 2022, showcasing more talent than ever! Featuring incredible music performances, creator appearances and hilarious stand-up acts, prepare to tune into an epic live TikTok show, hosted by Logie Award Winning TV host, Tony Armstrong.

On Thursday 15th December, more than 500 of the best TikTok creators will come together from across Australia for this epic event, which will be streamed live on @tiktok_australia and broadcast by 10Peach. TikTok’s night of nights will bring together the biggest trends, talented creators, and most talked-about TikTok moments of 2022. TikTok’s For You Fest will be LIVE on @tiktok_australia from 7pm AEDT and also airing on 10Peach on 17 December at 8:30pm AEDT.

Host, Tony Armstrong said the night will showcase everything that's great about TikTok; "There's no doubt from the quality of performers taking part in this year's, For You Fest, that TikTok is a place where talent thrives and entertainment rules. It's been a game changer for many creators, opening doors that would traditionally have been shut without a record deal, production house or traditional stage. Many of TikTok's top creators have gone on to have international success, including LA born pop star, Leah Kate, who will perform live on the night."

This year's show will feature three awards, TikTok Video of the Year, TikTok For Good and the biggest award of the night, TikTok Creator of the year, which will be presented by last year's winner, Millie Ford.

Keep your eyes peeled for more to come on the line-up. Visit our hub for more information. Nominees for TikTok Video of the Year and TikTok For Good Awards will be announced early next week. Voting also opens on Monday 21st November. 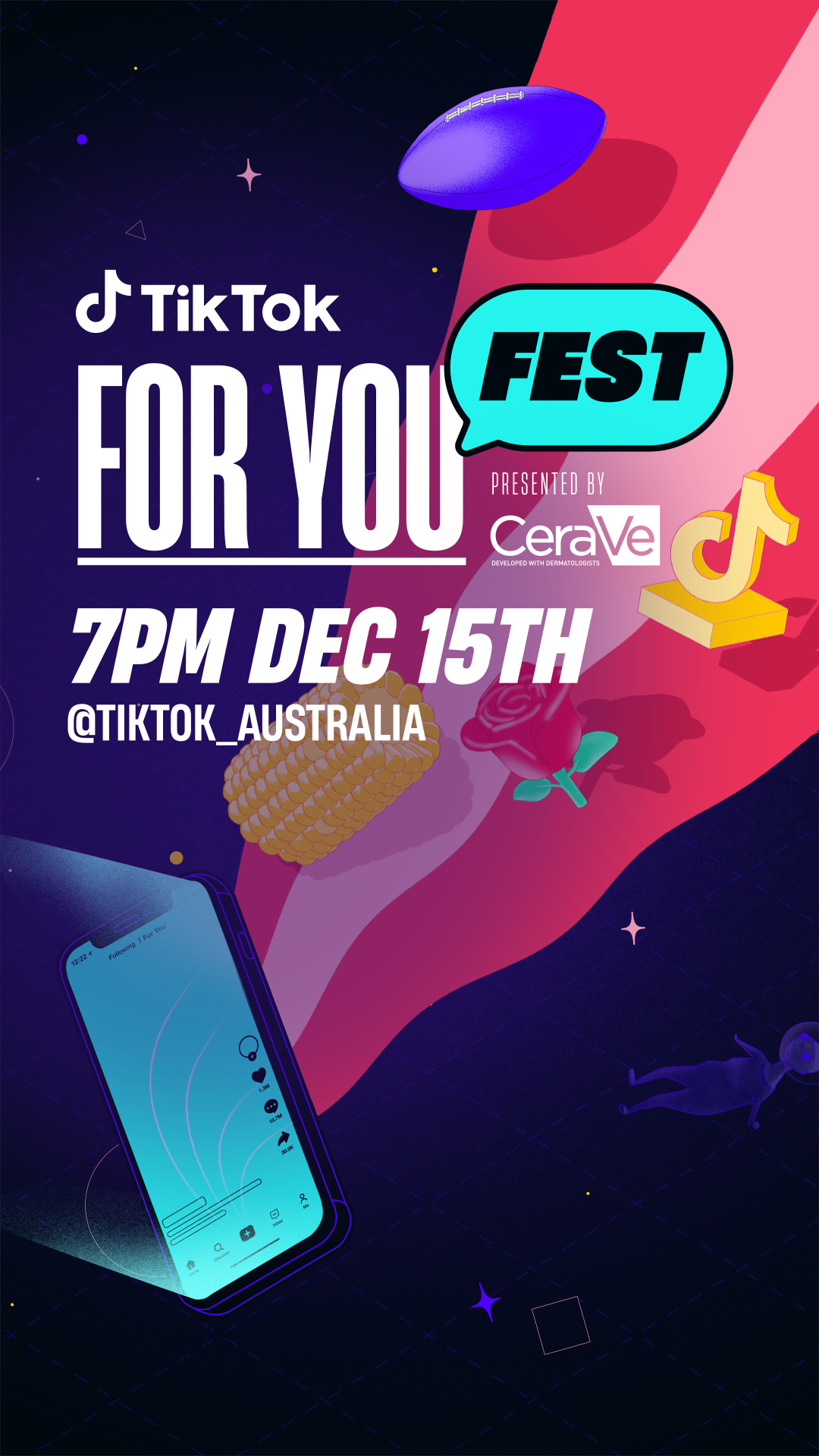