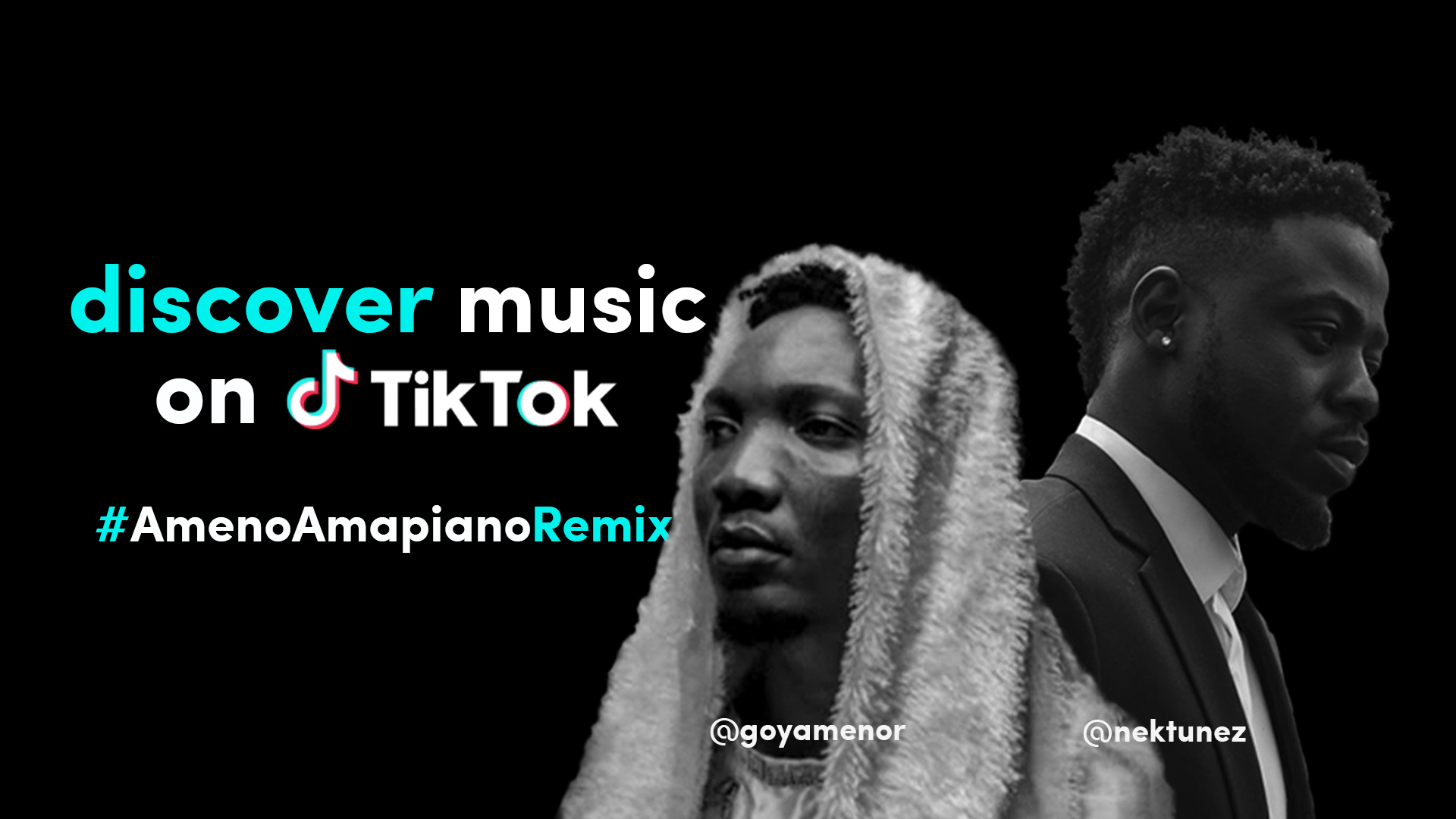 TikTok continues to play a significant role in spreading cross-cultural music content throughout Africa and the world. The latest track to receive extensive exposure and trend on the platform, is the Ameno Amapiano Remix by Ghanaian record producer, Nektunez, featuring artist Goya Menor.  As TikTok’s most-talked-about song, it is a beautiful fusion of Nigerian Afrobeats and lyrics with South Africa’s musical export, Amapiano – two of the most successful genres to come out of the continent.

Although released in June 2021, Ameno Amapiano Remix became popular on TikTok in December 2021 and has since accumulated over 4.7 million video creations, globally. The song has managed to climb major music charts in different parts of Africa and has become a popular global tune. Still picking up momentum, the track is receiving massive airplay on traditional media and in entertainment destinations. The ubiquity of the track catalysed an #AmenoAmapianoRemix challenge on TikTok, which to date, has had over 9.5 billion views.

“TikTok remains a launchpad for new innovative content for all creators across the continent. Forming part of this content is music, which has always been the backbone of the platform. To see local successes like this one speaks to how well African talent is positioned to make their mark on the world’s entertainment landscape. The song itself may have been a catalyst of a potentially new African music genre we would possibly call #Naijamapiano,” said Yuvir Pillay, TikTok Africa Music Operations Lead.

He adds that the rise of a new, hybrid music genre that borrows different musical elements from different parts of Africa, bodes well for TikTok’s mission to inspire creativity, spark joy and bring the global community together.

The ‘Ameno’ song has united the globe with its dance-inducing rhythmic flow, and TikTok content creators have taken the song to new creative heights by reimagining the sound clip and its popular lyrics: “Ha! You want to bam ba? You wanna chill with the big boys?... “

Keen to recreate your own video using the original sounds of Ameno Amapiano Remix? Getting involved couldn't be easier, simply download TikTok for free via the Apple App Store, Google Play or Amazon.