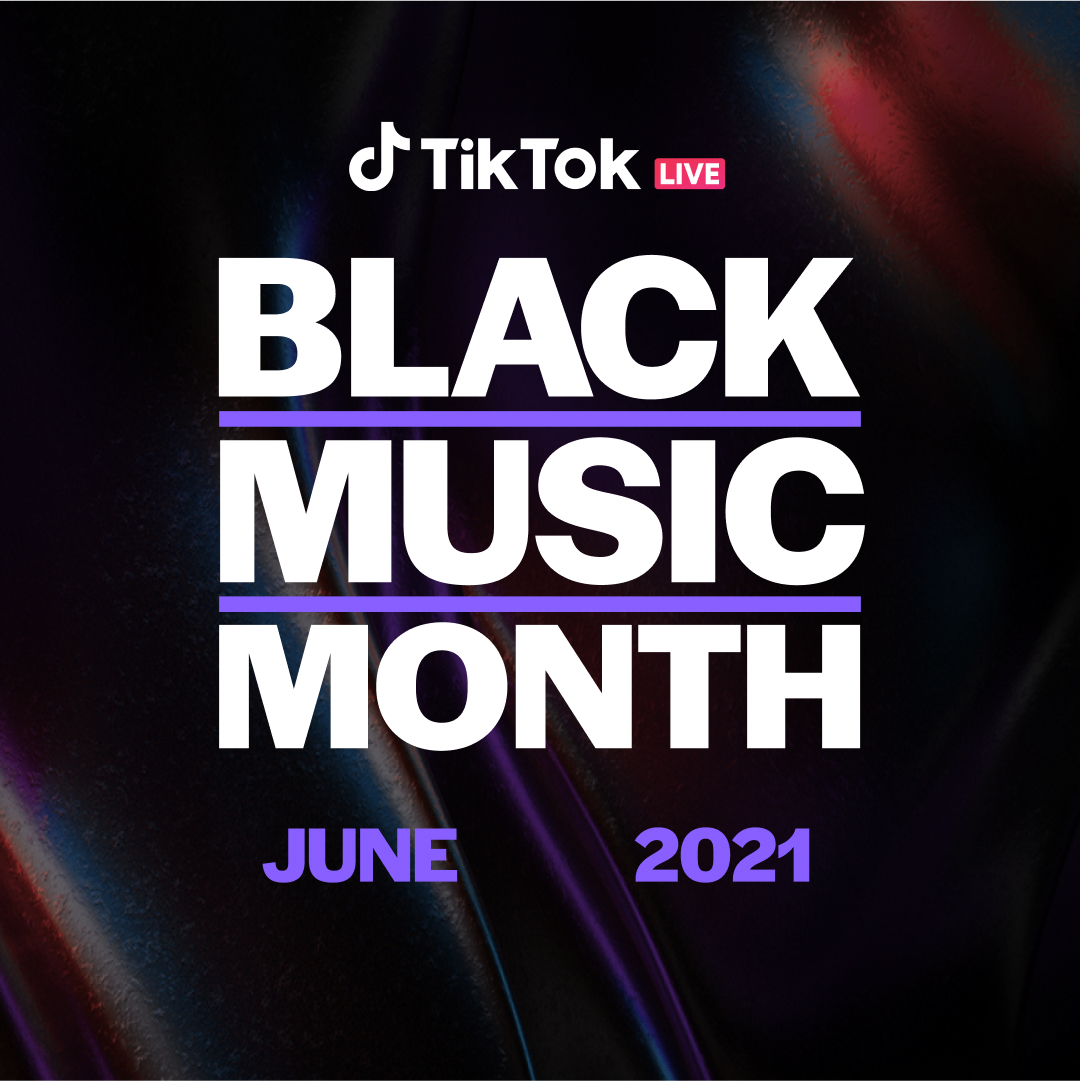 TikTok is a platform where Black culture thrives, powered by a vibrant and varied cadre of creators and artists. To celebrate the enormous contribution of Black musicians on TikTok and beyond, we're taking the month of June to honor Black music of all genres, educating the community about its rich history, and hopefully inspiring people to make some music of their own. Throughout the month, we'll partner with some of your favorite artists and creators, along with a few non-profit organizations, to give Black Music Month the fanfare it deserves.

This month, we're hosting LIVE streams from a diverse coterie of artists, offering a wide range of programming from album anniversaries to intimate live performances. 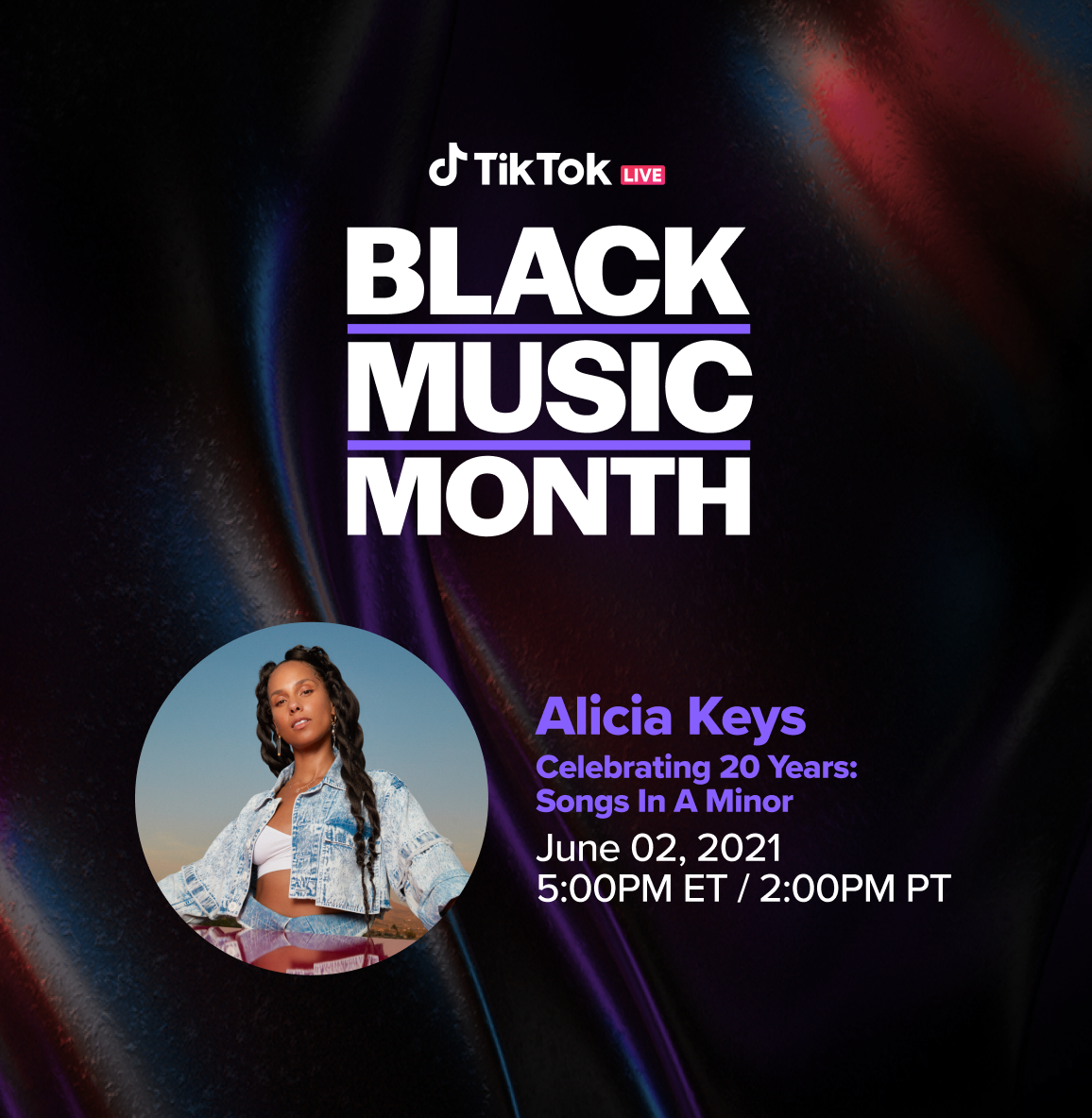 On June 2nd, TikTok teams up with Alicia Keys to commemorate the 20th anniversary of her GRAMMY-winning debut album Songs In A-Minor. During her live, Alicia will tell stories about the creation of the album, duet with TikTok creators that caught her attention, and interact with the community in the LIVE comments. Ms. Keys is a popular figure on TikTok, with over 4.8 million followers. She uses the app to cover BTS on the piano, goof around with Jason Derulo, and show how she takes her tea (with a side of Prince). Her 2004 #1 hit "My Boo" (a duet with Usher) became the basis of the #MyBooChallenge, which has over 392 million video views. Tune in at 2pm PT/5pm ET for a nostalgic and invigorating celebration of a classic album and an iconic career.

Alicia Keys is far from the only artist who will grace the TikTok airwaves during Black Music Month. Rising rap star Coi Leray will host a session of Headstream, the new TikTok LIVE series that takes you inside the minds of your favorite artists, on June 11th. 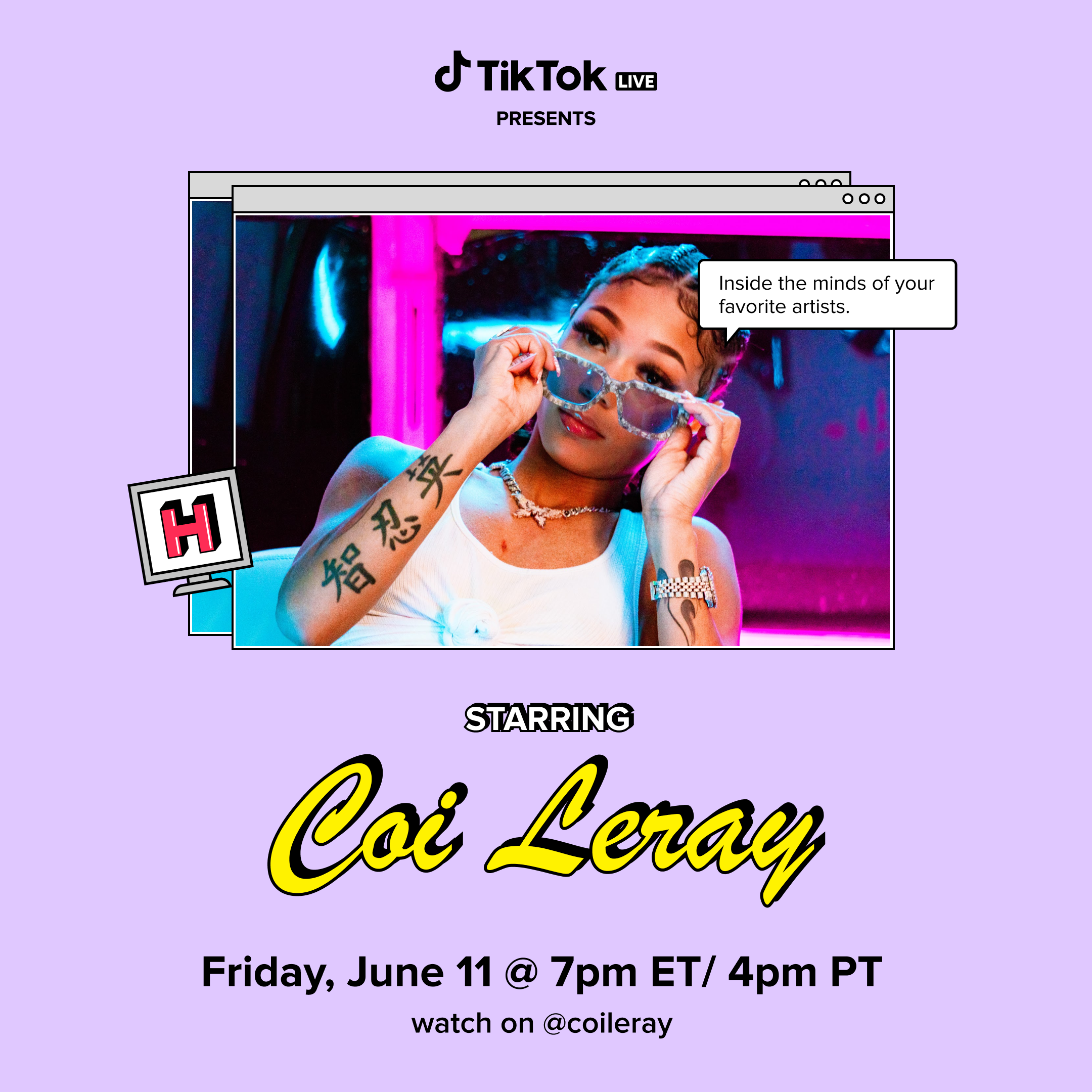 "Black Music Month is so important," says Coi Leray. "I think it’s amazing for everyone to give Black Music the recognition it deserves while embracing our versatility."

"Pitchfork called me the 'sing-rap queen of TikTok' and it's true! I’m happy that TikTok enables me to show the world that it’s more to life than what the celebrities show," continues Coi. "Not everyone can relate to designer and luxury lifestyle. TikTok is good for me to show more than that, express myself, and authentically engage with my fans.

Stay tuned this month for more LIVE action, including a curated performance from Escape Tracks with Grammy and Academy Award winner H.E.R., as well as T-Pain, and many others.

Telling Black stories is a defining element of Color Of Change, the nation’s largest racial justice organization. For Black Music Month this year Color Of Change, MACRO, TikTok, and the Recording Academy invite artists and creators to join in to commemorate the power of Black culture, art and expression, while also amplifying Color Of Change’s #ChangeMusic and #ChangeHollywood initiatives via TikTok through the celebration of music from Black movie soundtracks.

Our music team will curate a series of playlists for Black Music Month, highlighting great music from the past and present with a focus on songs by Black artists that have succeeded on the app. The playlists will be accessible from TikTok's music hub.

TikTok is committed to uplifting Black creators and artists and will continually look for ways to support the community through programs like TikTok for Black Creatives and more. Beginning June 4th, follow along with the hashtag #BlackMusic as you find your own way to celebrate, inspire, and educate during Black Music Month.