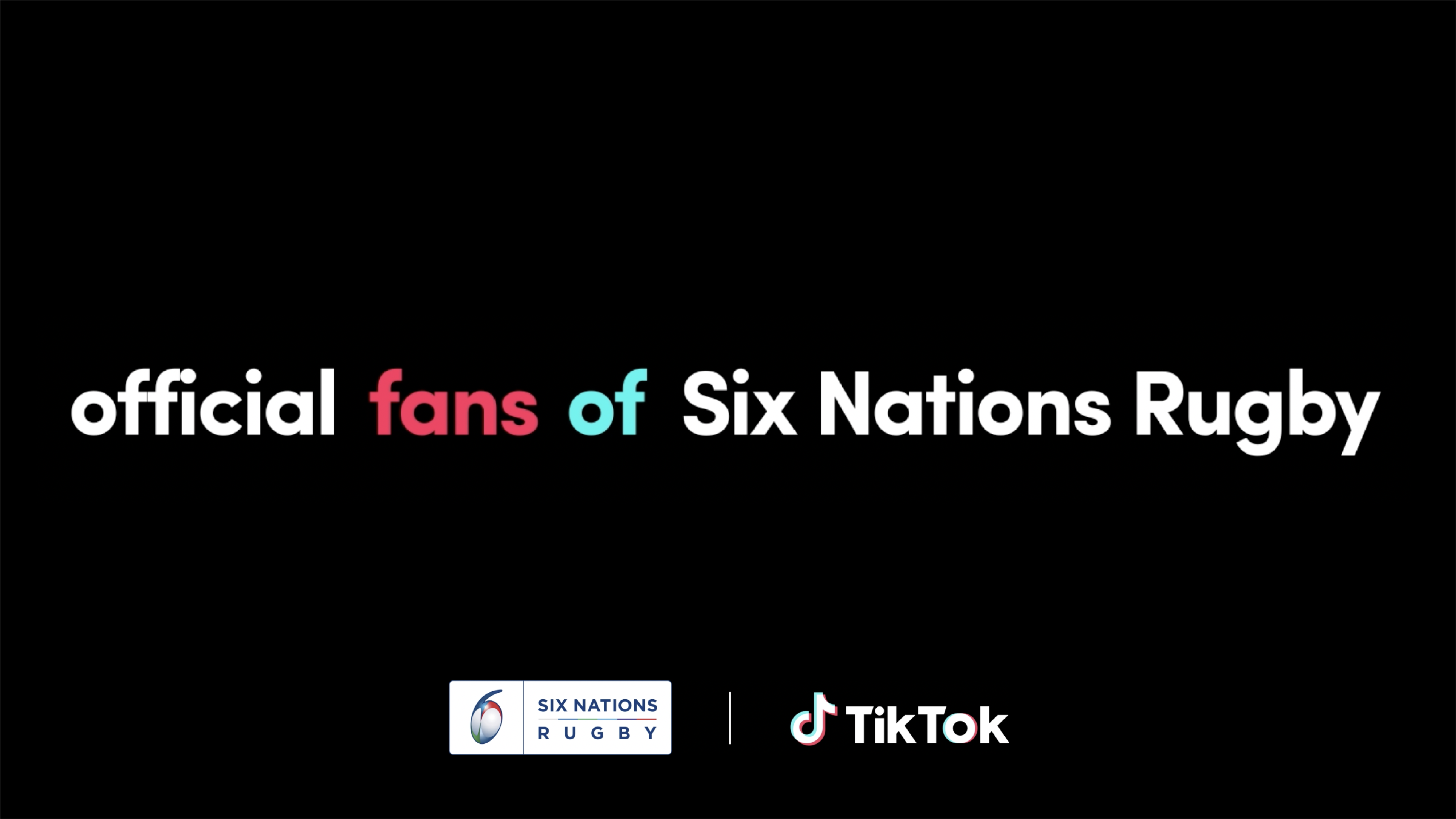 Six Nations Rugby and TikTok have announced a landmark partnership that will see the entertainment platform become the Title Partner of the Women's Six Nations , as well as an Official Partner to the Guinness Six Nations and Autumn Nations Series, from the 2022 season through to 2025.

For the first time in its history, the Women's Six Nations will have a Title Partner, with the Championship set to be known as the TikTok Women's Six Nations. The investment from TikTok will be felt by each Union. Whilst not limited to the Women's game, this partnership will help each Union continue to develop this area of the game. In doing so, exposure for the women's game, engagement, participation and major growth are all ambitions of this partnership.

A seminal moment for the Women's game, and testament to the commitment of Six Nations Rugby and all six Unions, to identify a partner that shares the passion for the development of Women's rugby.

With a huge year for Women's rugby set to unfold, TikTok recognises its responsibility to promote the players, teams, Unions and stories within the sport. As such, it has committed significant investment and promotional support to drive the growth of audience engagement with Women's rugby.

As a platform designed to bring fans even closer to the action, TikTok will offer new and existing rugby fans a window into one of the fastest growing areas of the sport, Women's rugby.

As well as its Title Sponsorship of the Women's Six Nations , TikTok will also become the Official Fans of the Guinness Six Nations and Autumn Nations Series, ensuring TikTok can engage rugby fans throughout the calendar year.

To date, TikTok has amassed more than 5.1 billion views for its #rugby content, with #SixNationsRugby a rapidly growing hashtag on the platform.

As part of its partnership across Six Nations Rugby, the Unions will commit to utilise dedicated TikTok Rugby Creators embedded within each home Union to enhance the experience for the fans, deliver even better regular content and grow rugby on its platform.

The role of the TikTok Rugby Creator will be to give everyone exclusive access to the game, its culture, people, and big moments, proving TikTok is where all fans play. Rugby fans on TikTok will be able to access content from respective tournament and Union accounts, with in-app activations including custom Effects and Hashtag Challenges that will further engage the rugby fanbase on TikTok.

"The significance of our partnership with TikTok cannot be understated. The very first Title Partner in the history of the Women's Six Nations Championship, as well as support for the Guinness Six Nations and Autumn Nations Series is something to be incredibly excited about.

"TikTok shares our ambitions for providing fans with the best possible experience and has the perfect platform for fans to access and engage with rugby throughout the year. Complementing this is the collective aim of giving the sport a global shop window to reach new and existing fans and put the likes of the Women's game in front of more people."

"TikTok is the perfect platform for sports fandom and entertainment, and we are tremendously excited to be partnering with Six Nations Rugby for the next four years. The fast growth of sporting talent, fan communities, sports trends and commentary on TikTok makes the platform a compelling place to engage new and existing audiences for Six Nations Rugby, bringing the spirit and passion of these iconic tournaments to our diverse and creative community.

"We're especially delighted to be the Title Sponsor of what is now the TikTok Women's Six Nations; as a platform that's built around inclusion, we are passionate about giving an equal footing to men's and women's sport."

The 2022 Guinness Six Nations kicks off on the 5th of February, when Ireland host Wales, Scotland welcome England, and then France take on Italy on the 6th February. The TikTok Women's Six Nations starts on the 26th of March, following the conclusion of the Men's Championship.

So whether you are cheering for England, France, Ireland, Italy, Scotland or Wales head to TikTok and follow your nation; for behind the scenes content and exclusive access to the teams and players!

New to TikTok and want to follow the action? Simply download the app for free via the Apple App Store, Google Play or Amazon follow #WhereAllFansPlay and join our vibrant community of sports fans!