Look no further than TikTok as they join Holly H, one of the UK's most popular TikTok stars, for a very special TikTok LIVE ahead of Sam's only UK concert of 2020 to celebrate the album's release!

The pair will be taking part in the 30-minute preview to discuss the show and the story behind Love Goes, Sam's hotly anticipated third studio album releasing the same day. They will talk about the creative process for the new album and what they’ve been up to over the past few months, with Sam sharing unique, never-heard-before insight into writing and recording the album during lockdown as well as how they have prepared for the performance.

The conversation will be live on Sam's TikTok account and is scheduled one hour before their only live concert of 2020 from the iconic Abbey Road Studios in London on Friday 30 October.

Sam Smith, Live at Abbey Road Studios will be a unique performance and see Sam singing some of their biggest hits, including the Grammy award winning Stay With Me, Lay Me Down and Too Good At Goodbyes, as well as treating viewers to the world premiere of new music from their eagerly anticipated third album, Love Goes, including new single Diamonds.

Sam Smith said of their forthcoming TikTok LIVE with Holly H: “I’m really looking forward to chatting to Holly to celebrate my album release. I’m so glad she could be here to share the moment with me in the iconic setting of Abbey Road Studios.”

TikTok creator and music fan Holly H said: “I’m so excited to be hanging out with Sam Smith! I'm a huge fan of their music and can't wait to get all the juicy behind the scenes exclusives on their upcoming album and live concert. It's going to be super fun!"

Sam Smith's appearance on TikTok LIVE is just one of the many exciting things happening in the world of TikTok music right now. John Lennon's hits were added to the enormous TikTok Sounds library earlier this month, which now also houses songs from George Michael's back catalogue in celebration of the 30th anniversary of 'Freedom! '90'.

New to TikTok and fancy tuning into this very special TikTok LIVE? Getting involved couldn’t be easier - just download the app for free via the Apple App Store, Google Play or Amazon. 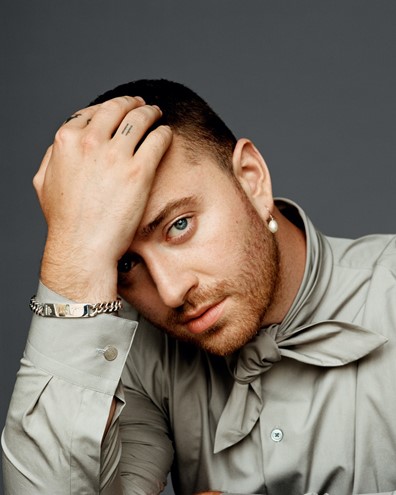