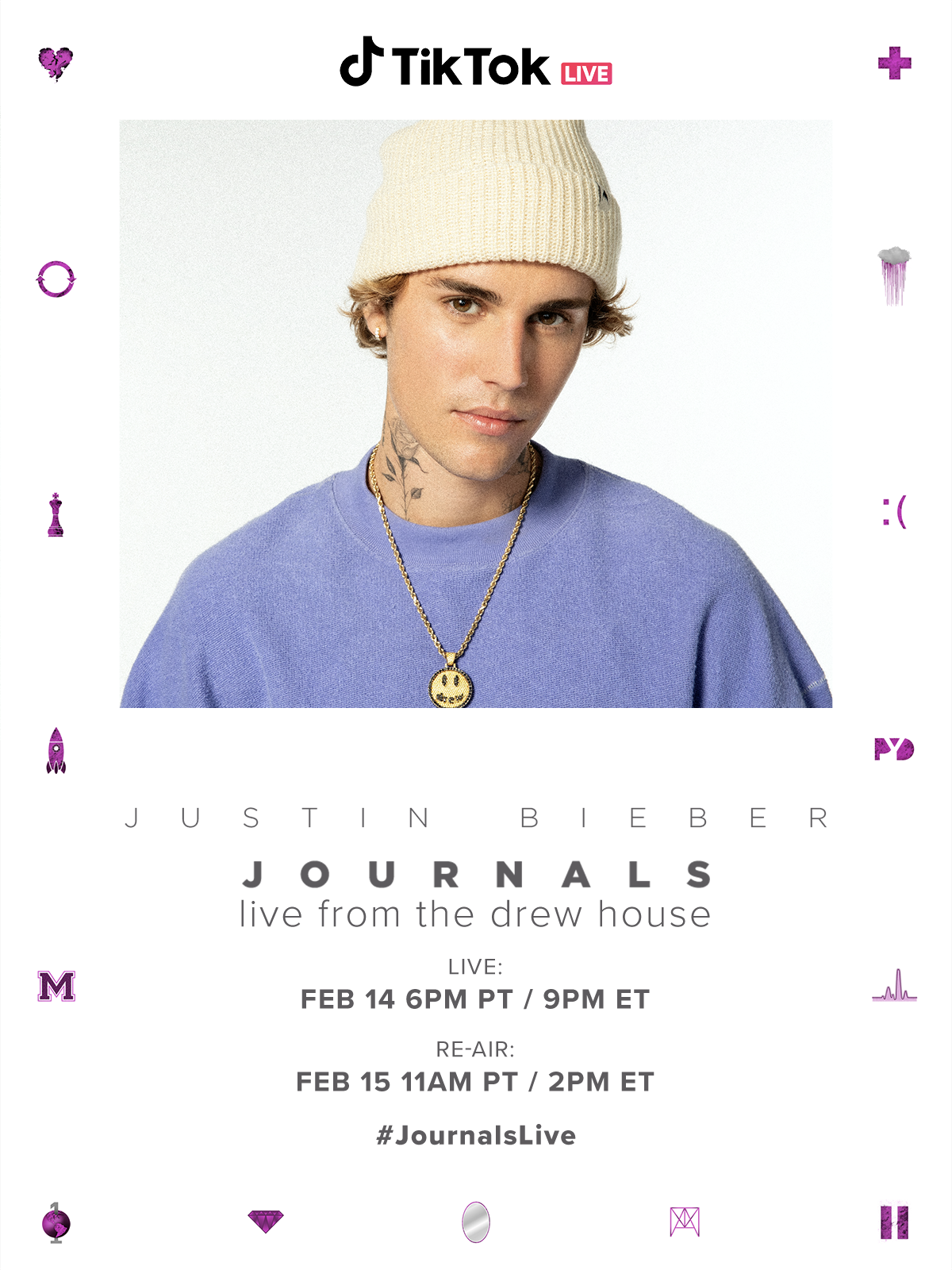 A pop superstar with a catalog full of love songs, Justin Bieber has always been a romantic at heart. Showing love to TikTok on this Valentine’s Day, Justin Bieber announces “Journals Live from the drew house,” the first ever single-artist, full-length concert performance to air LIVE on TikTok. Featuring Justin’s first-ever performance of songs from his fan-favorite 2013 album JOURNALS, #JournalsLive airs live from the drew house on Justin’s TikTok account (@justinbieber) at 7pm GMT on Monday February 15th (initially airing in the US on Sunday February 14th at 2am GMT).

So when you’re spending quality time with bae on this special occasion, don’t forget to join Justin and tune-in to #JournalsLive at 7pm GMT on February 15th!