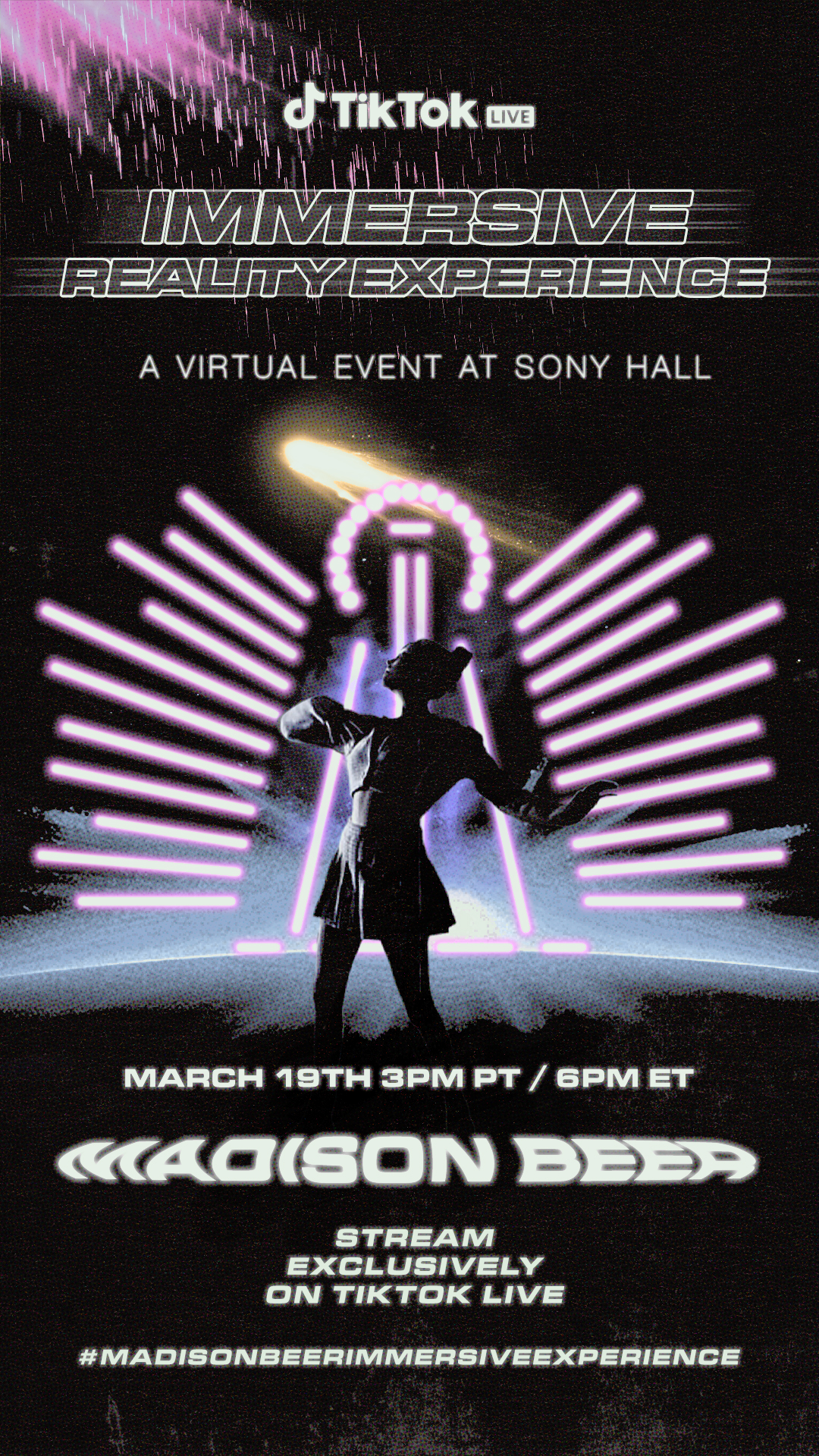 Airing March 19th on Madison Beer’s TikTok account (@madisonbeer) at 6pm ET/3pm PT, the virtual concert features dazzling, effects-filled performances of songs from Madison’s new album Life Support, performed by an ultra-realistic digital avatar of Madison that has to be seen to be believed.

“Music fans have never seen a virtual concert like this,” says Sylvia Rhone, Chairwoman and CEO, Epic Records. “Madison Beer is transforming the viewing experience with this unique and visually groundbreaking showcase of her innovative vision, and we are thrilled to be helping her share it with the world.”

"At TikTok we are proud to drive the cultural conversation and support artists providing the kind of communal, interactive music moments that we've all sorely missed during the pandemic,” says Corey Sheridan, Head of Music Content & Partnerships, TikTok US. “Madison Beer's virtual experience is as close to being at a concert as you can get from the safety of your own home.”

Expressing and inspiring a rollercoaster of emotions through spellbinding vocals over a broad-ranging sound-bed reflective of Madison’s own diverse musical tastes, Life Support explores the atypical life that Madison has led since famously being discovered. The album, along with the Immersive Concert Experience, sees Madison taking creative control through writing her own songs, producing, and creating her own visuals.

Join Madison on March 19 at 3PM PT/6PM ET live on TikTok as we premiere this spectacular performance with special trivia, a behind the scenes interview with Madison, and more.