TikTok, a global platform that is the leading destination for short-form mobile video, in association with brand incubator Grey Space Group and Grade A Productions, announced today the livestream of ‘The Crew League’ will take place from November 7-8th 2020 in Los Angeles, CA. “The Crew League” Champion will receive $100,000 grand prize with a charitable component being donated to a charity of the champion’s choice. 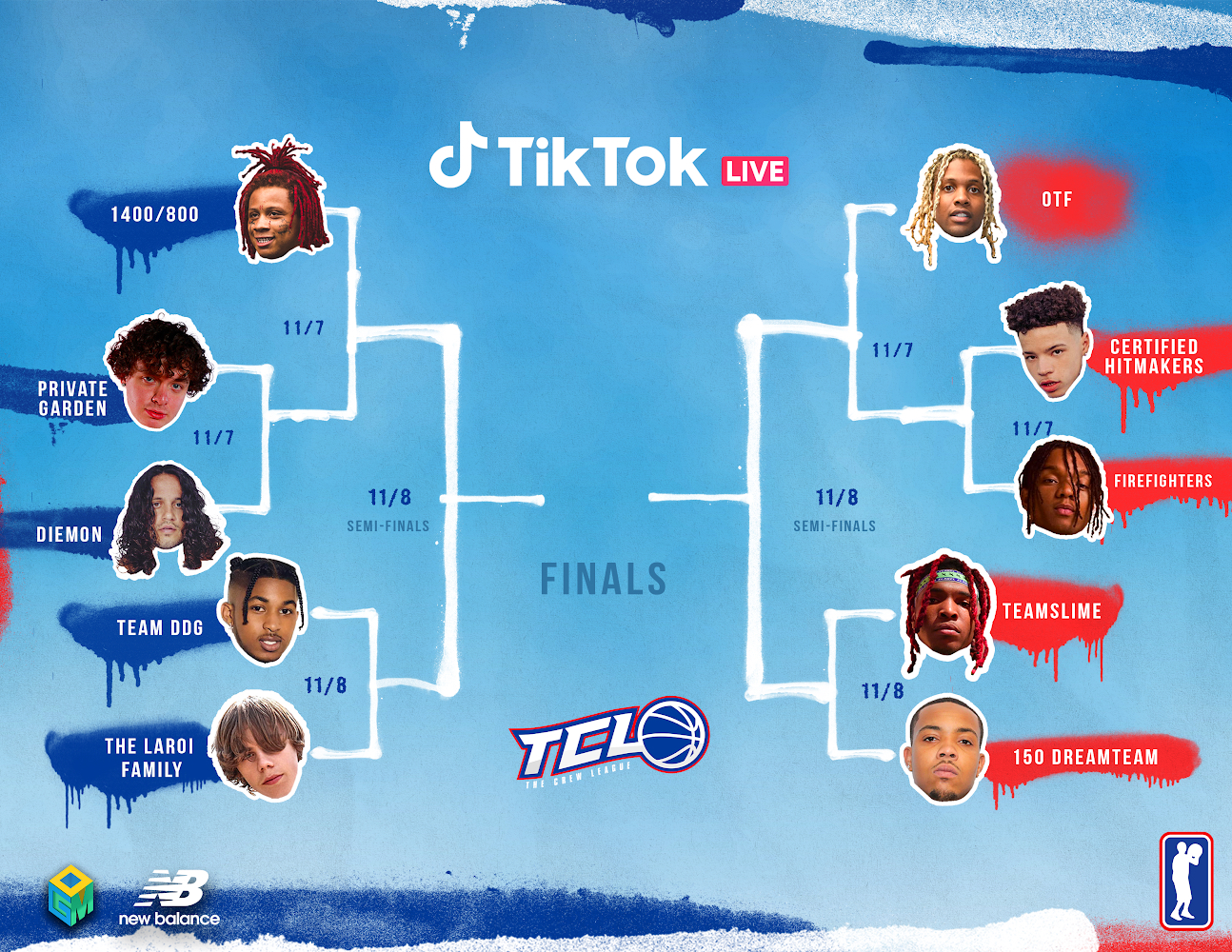 "The music artists and athletes on TikTok have touched so many people across the country and around the world. Our partnership with The Crew celebrates the long-standing connection between basketball and hip-hop and how this community is driving culture on the platform,” added Nick Tran, Head of Global Marketing.

Following the live event, Season One of “The Crew League” tournament will be released as an episodic series for fans to consume.

“We taking the prize, the rest can BEAT IT.” Lil Keed, Team YSL

“This won’t be the first L that Russ has taken” - The Kid LAROI, Team Certified Hitmakers