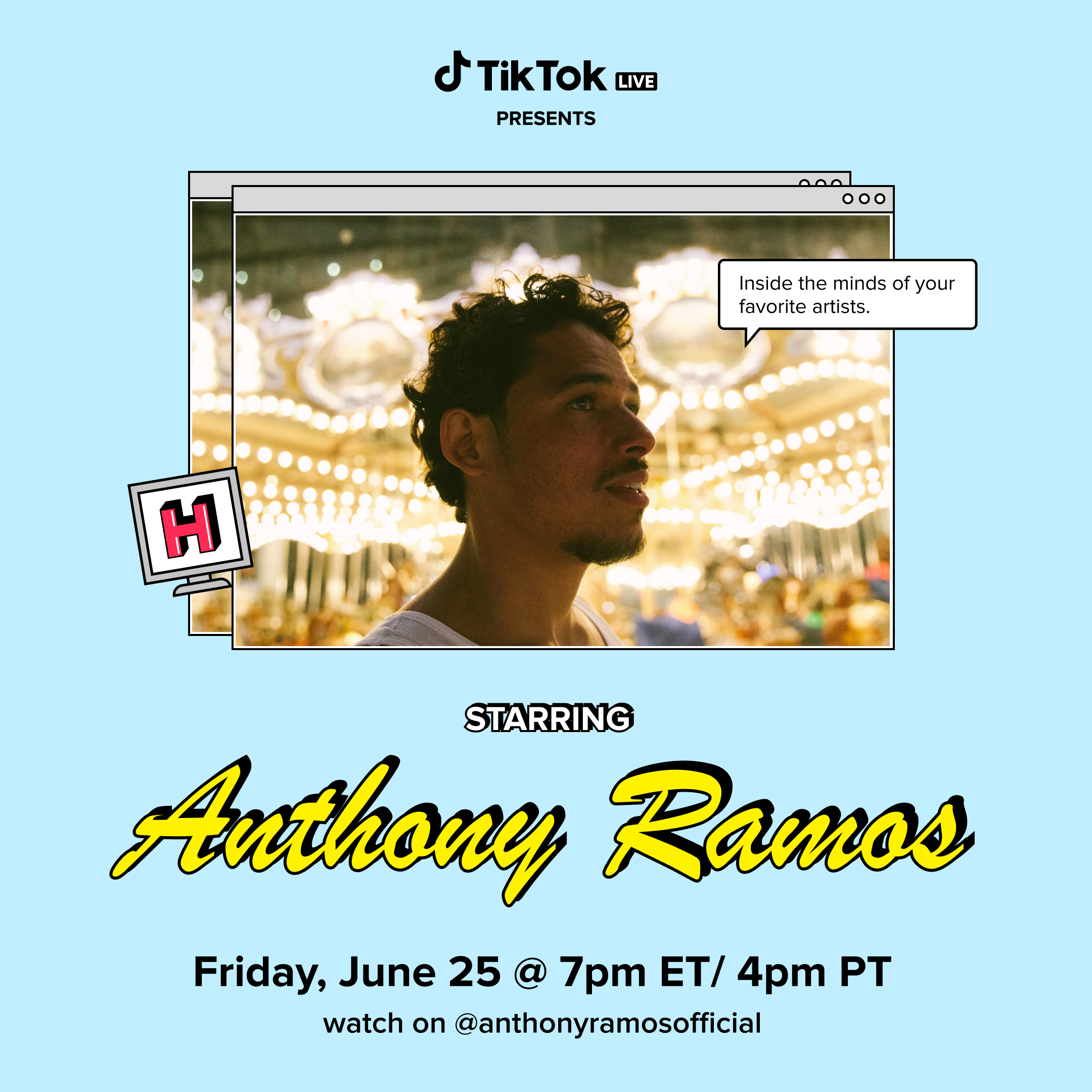 Anthony Ramos, Artist and Actor whose new album Love and Lies is out June 25th alongside, starring in the blockbuster summer film In The Heights will be the next guest on TikTok’s Headstream, the app’s new interactive LIVE series that invites fans to enter the minds of their favorite artists the day they drop new music. For 30 minutes, on Fridays at 4PM PT/7PM ET, Headstream invites artists to introduce their new music, interact with fans in the live chat, and get into some real talk with their toughest interviewer yet—themselves. The next session drops with Anthony Ramos on Friday, June 25th via @anthonyramosofficial and will feature music from his new album Love and Lies.

We in da mix @tiktok ! I'm going LIVE for ##Headstream Friday, June 25 at 7pm ET to celebrate the release of my new album ##LoveandLies. See ya then 🙌🏼

Actor and Grammy award-winning recording artist, Anthony Ramos, has cemented himself as a rising force in entertainment, starring in In The Heights and HBO's In Treatment, while gracing the covers of The Hollywood Reporter and Time Magazine's "Next Generation Leaders" issue and co-starring in a Calvin Klein campaign alongside artists like Megan Thee Stallion. With good reason, The New York Times predicted, "This just might be the summer of Anthony Ramos." With the release of his highly anticipated sophomore album, Love and Lies, on June 25th Anthony has no plans of slowing down. Check out his new album, watch In The Heights, and dive into his Headstream this Friday!