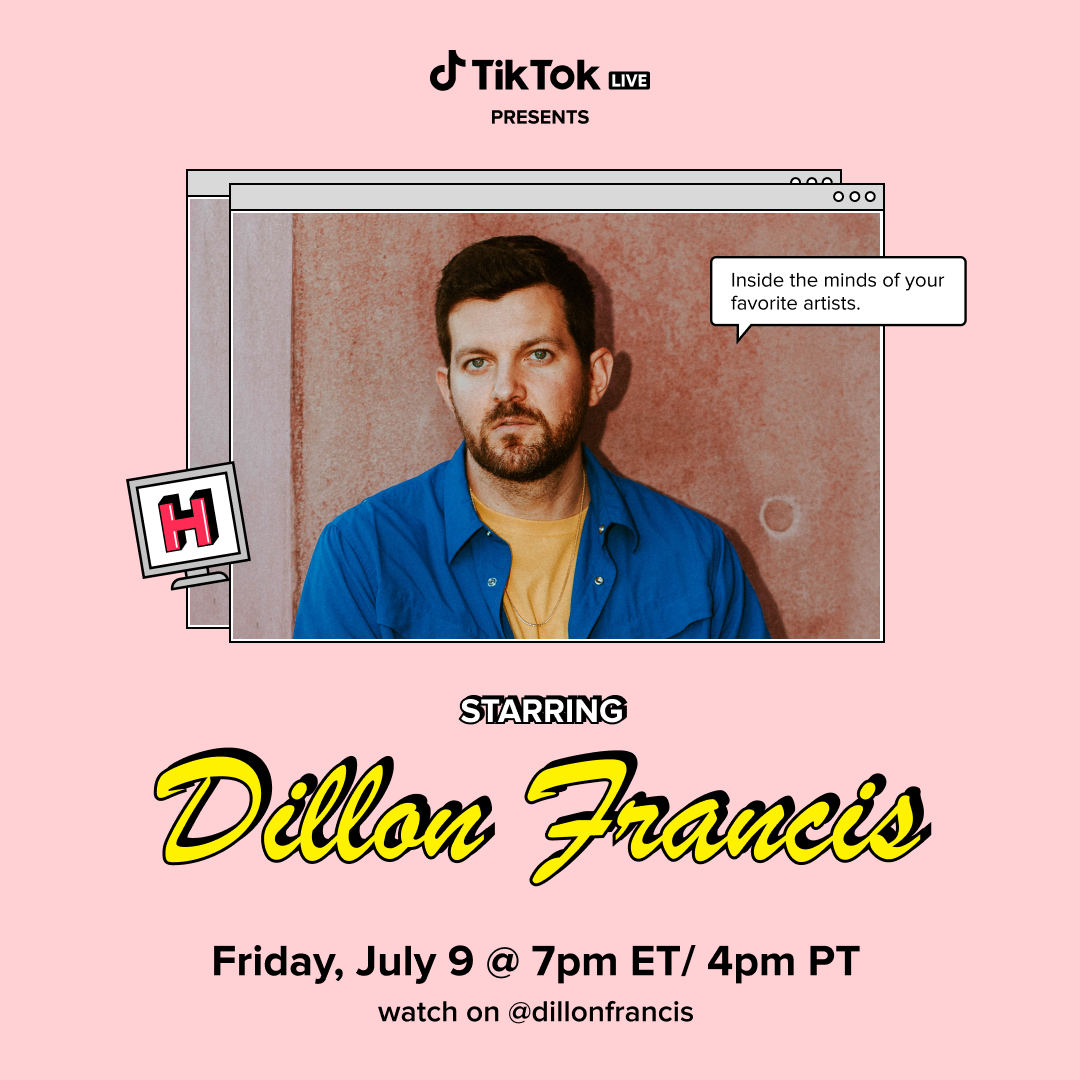 Dillon Francis will be the next guest on TikTok’s Headstream, the app’s new interactive LIVE series that invites fans to enter the minds of their favorite artists the day they drop new music. For 30 minutes, on Fridays at 4PM PT/7PM ET, Headstream invites artists to introduce their new music, interact with fans in the live chat, and get into some real talk with their toughest interviewer yet—themselves. The next session drops with Dillon Francis on Friday, July 9th via @DillonFrancis and will feature music from his forthcoming album.

Much-lauded producer and DJ Francis recently released singles “Love Me Better” with Shift K3Y and Marc E. Bassy and 'Unconditional” with British producer 220 KID and British singer Bryn Christopher ahead of an album coming later this year. Francis is slated to hit the road on the Sugar, Spice and Everything Ice U.S. tour with co-headliner Yung Gravy in 2022, check out the full dates below and get tickets here.