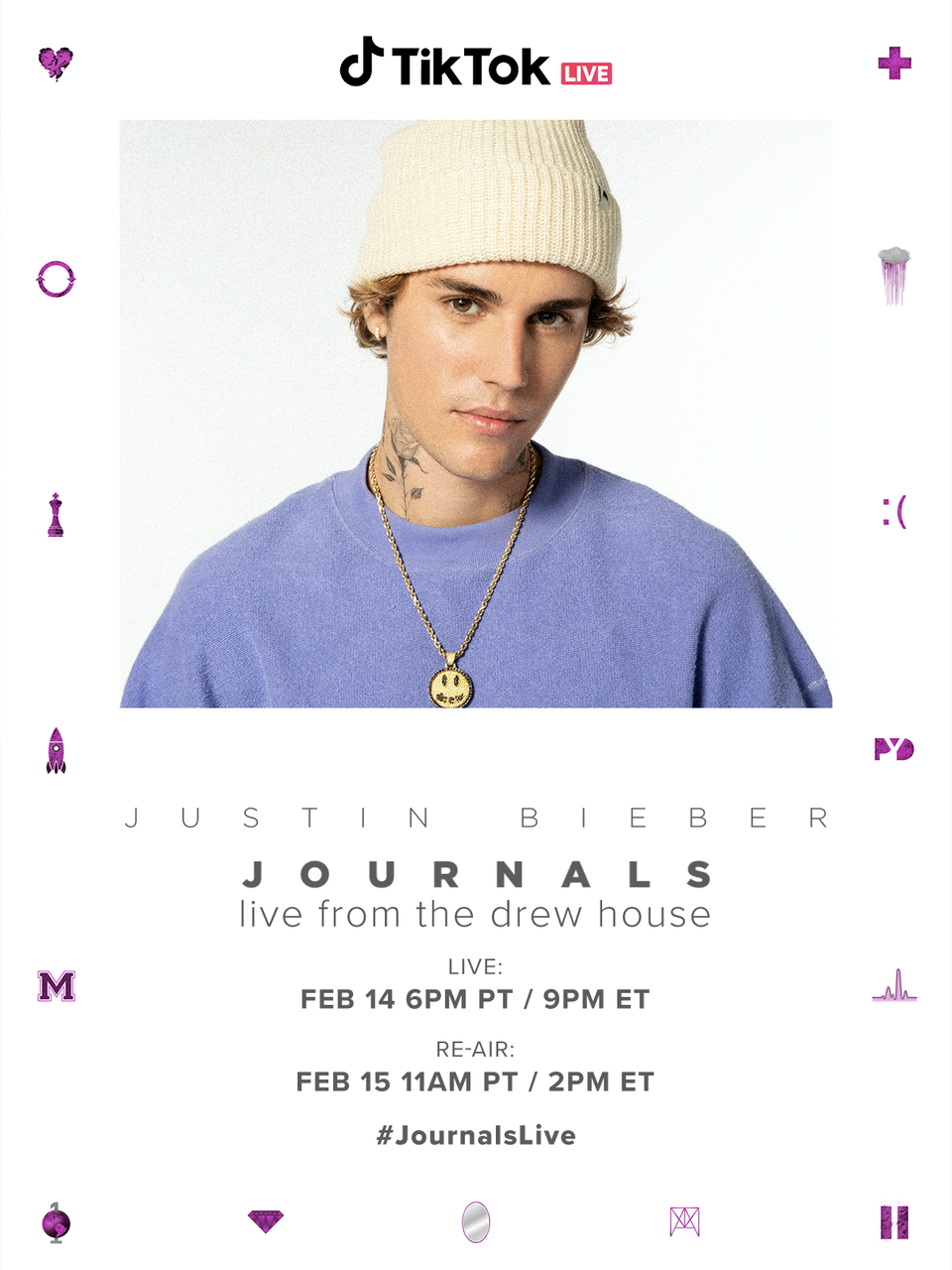 A pop superstar with a catalog full of love songs, Justin Bieber has always been a romantic at heart. Showing love to TikTok on this Valentine’s Day, Justin Bieber announces “Journals Live from the drew house,” the first ever single-artist, full-length concert performance to air LIVE on TikTok. Featuring Justin’s first-ever performance of songs from his fan-favorite 2013 album JOURNALS, #JournalsLive airs live from the drew house on Justin’s TikTok account (@justinbieber) at 6pm PST/9pm EST on Sunday February 14th, re-airing at 11am PST/2pm EST on Monday February 15th.

#JournalsLive this #ValentinesDay here on my TikTok

So when you’re spending quality time with bae on this special occasion, don’t forget to join Justin and tune-in to this historic and romantic TikTok moment. #JournalsLive airs at 6pm PST/9pm EST on February 14th and re-broadcasts at 11am PST/2pm EST on February 15th.