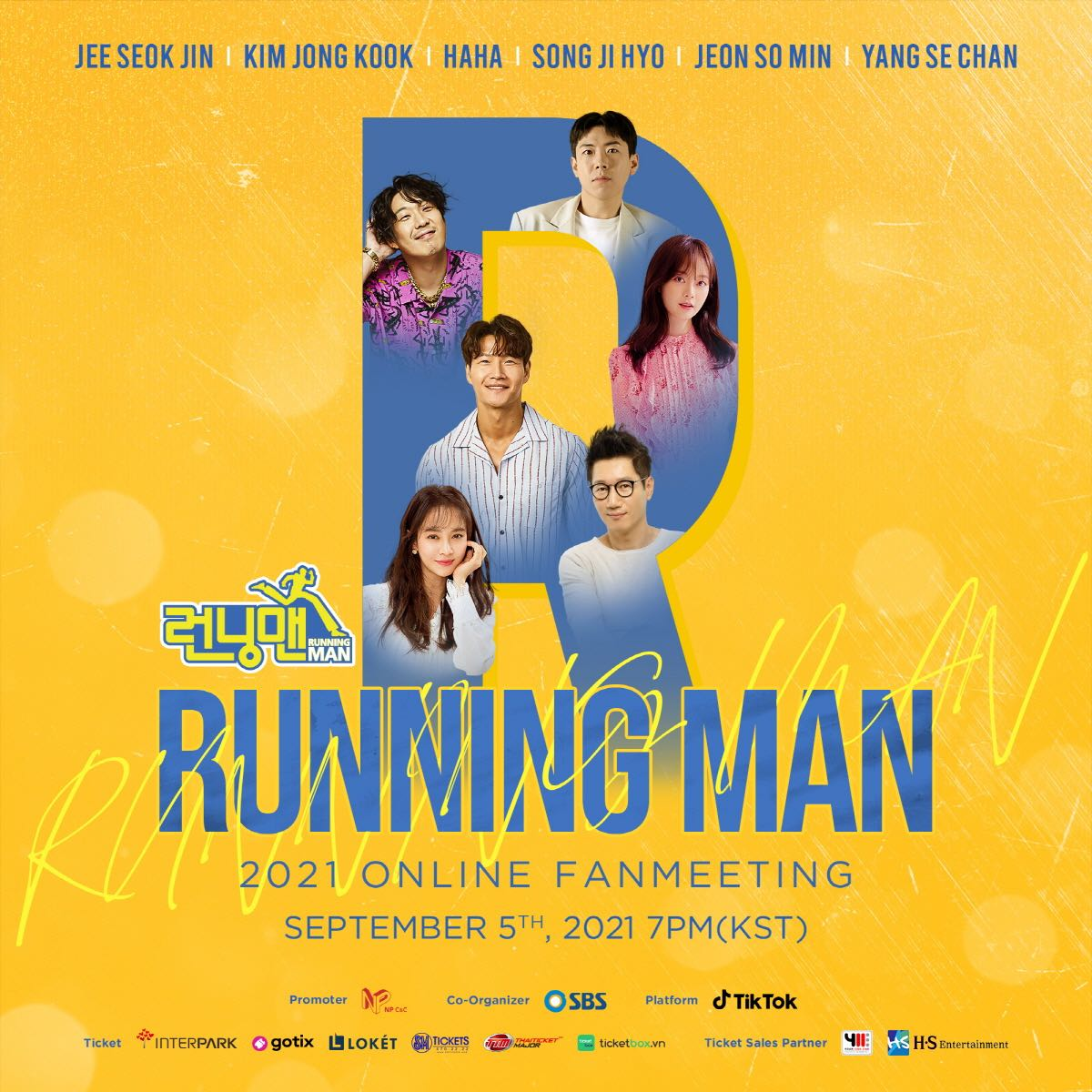 SBS variety show, "Running Man", has gained massive popularity worldwide since its first broadcast in 2010. Since 2013, Running Man members have been visiting their fans overseas and presenting various performances.

Running Man's overseas fan meetings and performances have been popular in many regions like China and Southeast Asia, including their last fanmeeting on Malaysia shores in 2017 where they wowed over 6,000 fans.

Previously, the Vietnam stop of this fan meeting was successfully held in Ho Chi Minh in December 2019. The Manila fan meeting which was scheduled to be held in February 2020 was delayed due to the outbreak of COVID-19. However, the Manila fan meeting is still recognised as one of the best performing Korean shows in the country, where the planned show was sold out within one hour of tickets on sale.

The "Running Man 2021 Online Fan Meeting" will be planned and produced by NP C&C, a subsidiary of NPInc., a brand experience content solution company, and will be held at NP XR STAGE. The fan meeting will be broadcast live on the global short-form mobile video platform, TikTok.

Fans who are interested in attending the "Running Man 2021 Online Fan Meeting" can get tickets through Global Interpark starting 12PM (MYT) on 16 July. The show will be broadcast live to global audiences in six different languages for subtitle options: Korean, English, Chinese, Thai, Vietnamese and Indonesian at 6PM (MYT) on 5 September.